Some of the brightest, pinkest clouds I’ve ever seen rolling up over the snow-capped mountains of Glacier National Park (Sunrise: September 25, 2018).

I’d seen the forecasts and I knew that winter was coming with a vengeance, but I’d hoped that an epic 29 – mile day would get me through Glacier ahead of the snow. Spoiler alert: It didn’t. These are the stories and photos from that day.

END_OF_DOCUMENT_TOKEN_TO_BE_REPLACED 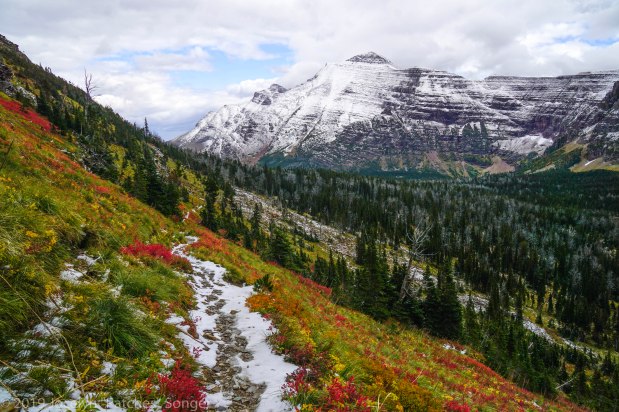 A year ago today I was hiking through the snow in an amazing fall/winter landscape in Glacier National Park, just days away from completing my thru-hike of the CDT. These are the stories and photos from September 24, 2018 as I hiked 12 miles from the Ranger Station at Two Medicine, over Pitamakan Pass, breaking trail to Morning Star Lake.

END_OF_DOCUMENT_TOKEN_TO_BE_REPLACED 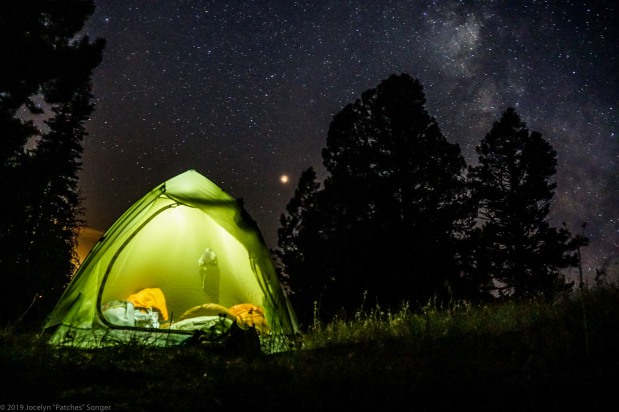 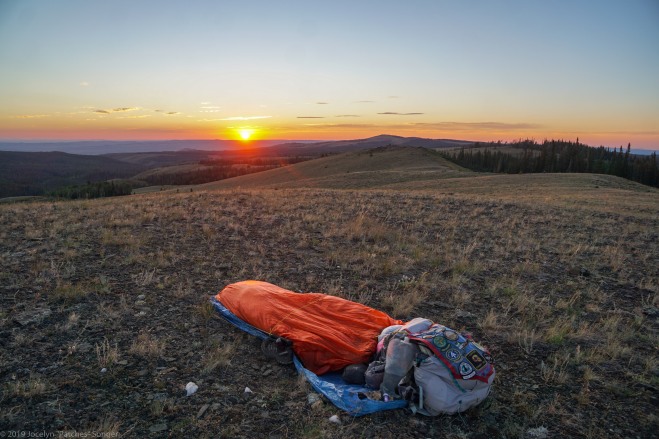 Cowboy camping on the CDT in Wyoming. After >6000 miles, my sleeping bag is as cozy as ever.

“I don’t understand why my pack is so heavy,” I mumbled, heaving my pack onto my back, “I have all the ultralight gear.”  Peru laughed, “That’s exactly the problem. You have ALL of it!!” I laughed too. She wasn’t exactly wrong.

END_OF_DOCUMENT_TOKEN_TO_BE_REPLACED 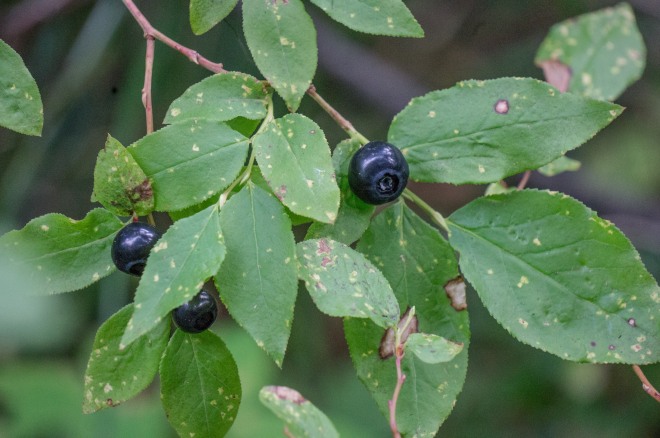 One of the joys of hiking in the late summer and early fall is feasting on wild blueberries and huckleberries. Towards the end of my Appalachian trail thru-hike I feasted on the wild blueberries in Maine, and now that I was nearing the end of my Pacific Crest Trail thru-hike I was feasting on the wild huckleberries in Washington. In the Northeast we take pride in our wild blueberries, and often snub the obviously inferior commercial blueberries. In the Northwest people seemed to take pride in their huckleberries, but they categorically snubbed all blueberries… including the wild Maine blueberries that I thought so highly of. “Are you sure that you’re picking huckleberries and not blueberries,” was a constant, condescending refrain that I’d heard over and over again, and it rankled every time. Though I’d learned how to recognize one species of western huckleberry (Vaccinium membranaceum) and was confident that I was picking huckleberries and not blueberries, there was another question that I wasn’t so sure about: “What is the difference between a huckleberry and a blueberry?” None of the people I talked to really seemed to know. If they didn’t know the difference between a blueberry and a huckleberry, how could they assert the superiority of one over the other?