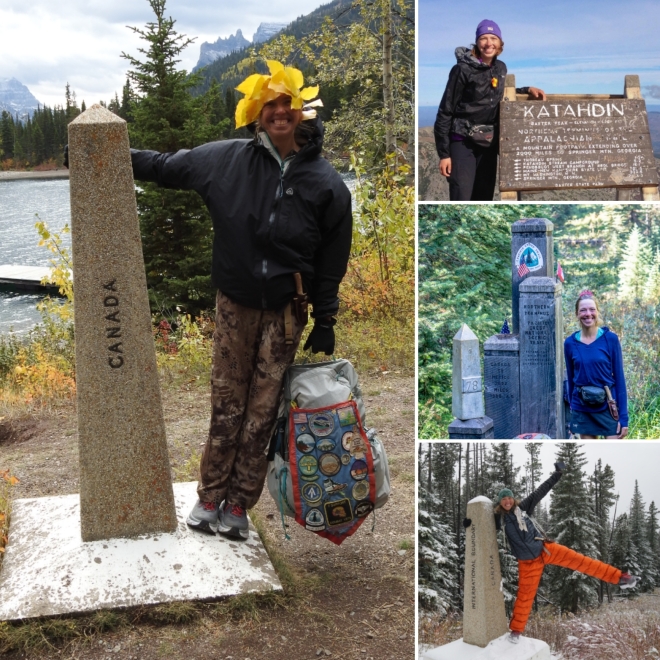 I’m a hiker, an adventurer, a neuroscientist, an engineer, and a Triple Crown Backpacker. Most folks on the trails know me as “Patches” because of the flag full of patches I carry with me on my adventures and @patchesthru finds me on social media (Facebook, Twitter and Instagram). I fell in love with hiking and the outdoors before I learned to walk, and have been finding joy out on the trails ever since! I spent my first year inside the pack, but before long I was hiking and started carrying my own pack.

Pre-Teen Patches hiking Franconia Ridge on the AT in NH

Since then, I’ve been on treks across the globe (on 5 of 7 continents so far), as well as hiked and backpacking trips all over the country, including end-to-end hikes of the Long Trail in Vermont (1998), the Triple Crown of Backpacking (AT ’13, PCT ’14, and CDT ’18), and the Midstate Trail in Massachusetts (2019).

Through all of my adventures I’ve had four constant companions: my backpack, my camera, my journal, and the love and support of family, friends, and the people I’ve met out there on the trails.

I was 12-years old when I went on my first backpacking trip was with my family (my mom, dad, and 2 younger brothers). We did a 3-day hike along the Appalachian Trail and Long Trail in Vermont and I absolutely loved it. On that trip I met my first thru-hikers, and sitting around a camp fire learned that it was possible to hike the trail, the AT, for MONTHS instead of DAYS, my dream of someday hiking the entire Appalachian Trail (from Georgia to Maine) was born!

My first backpacking trip, a 3-day section hike of Appalachian Trail from Massachusetts to Vermont with my family.

From then on, we were a backpacking family, and spent some time every summer hiking and backpacking sections of the Appalachian Trail in New England, especially in the White Mountains of New Hampshire. 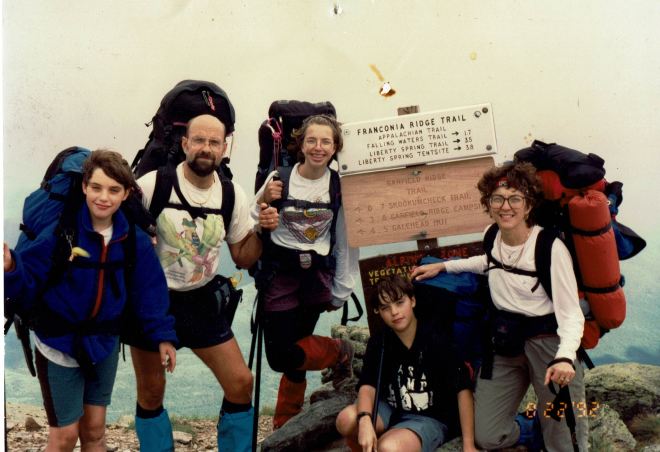 I remained a dedicated hiker and backpacker as I headed off to college, and in 1998, my brothers and I completed a southbound (SOBO) thru-hike of the Long Trail in Vermont in 19-days with the support of our parents and grandparents. For the next decade or so, I kept backpacking and trekking in the US and around the world, and working on completing the Appalachian Trail, section by section… first in Vermont, then Massachusetts, then Connecticut, New Hampshire, and Maine… slowly but surely, I figured I’d get there eventually. 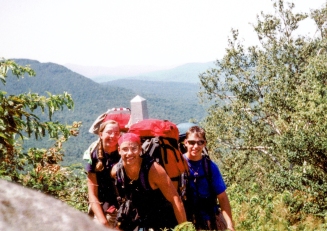 The Blue Crew (My brothers and I) at the southern terminus of the LT, on the AT at the MA/VT border

In the meantime, I focused on my career, earning my B.S. and then M.S. in Biomedical Engineering from Worcester Polytechnic Institute (WPI), then a Ph.D. from Harvard and MIT, a post-doctoral fellowship from NASA‘s National Space Biomedical Research Center, and a Harvard Medical School junior faculty position. Although I didn’t have time in my life for thru-hiking, I continued adventuring around the country and around the globe… reaching the summits of Kilimanjaro in Tanzania, Mount Rainier in Washington State, Cerro Chirripo in Costa Rica, and Yarigatake in Japan among others… and trekking all over the world (Iceland, Japan, Tanzania, Austria, Costa Rica, France, Switzerland, and more).

Then, in the early 2010s I developed occupational asthma any my doctor gave me a choice, I could either keep breathing, or I could keep pursuing my scientific research in the career I loved. As it turns out, breathing isn’t optional, so I needed to make some changes and prioritize my health. 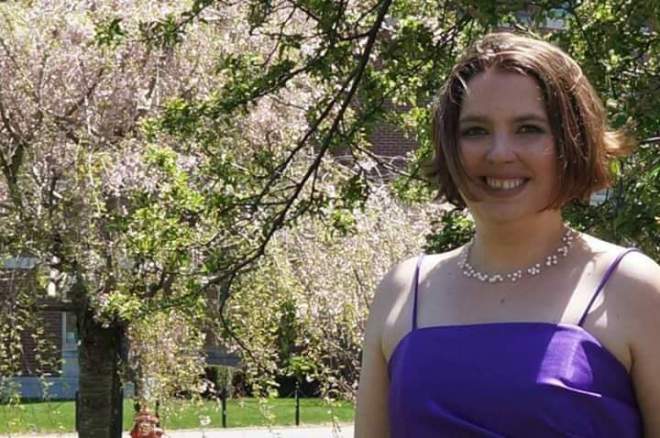 A photo of me at my brother’s wedding, 4 days before my AT thru-hike

Sick and tired of letting asthma control my life, I wrapped up the project I was working on, left my position as junior faculty at Harvard Medical School, and set off to pursue my childhood dream of an Appalachian Trail (AT) thru-hike. I set off on my solo Northbound (NOBO) thru-hike on May 8, 2013, and by the time I finished the AT in 2013, I’d regained normal lung function, lost 50 – 60 lbs, and gotten my health back!! 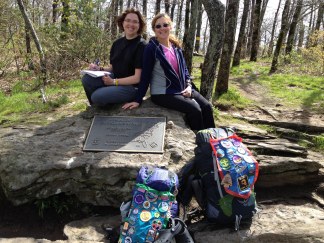 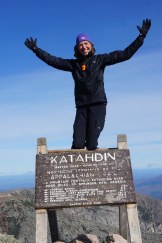 Since then, I’ve completed the Triple Crown of Backpacking, with solo NOBO thru-hikes of the Appalachian Trail (2013), the Pacific Crest Trail (2014), and the Continental Divide Trail (2018).