The rumors on the trail made it sound like Mahoosuc should be pronounced “Maine you suck.” Entering southern Maine is entering the land of rocks and roots. My first thought was that Maine and New Hampshire were engaged in a contest of one-upsmanship where New Hampshire says, “We have Mt. Washington and the worst weather in the world,” and Maine says, “We have Mahoosuc Notch and the hardest (most time consuming) mile of the AT.”

Lucky for me, I enjoy a challenge and Mahoosuc Notch was definitely that. I dropped into the notch at 3 in the afternoon, and it felt like I was entering a scene from a movie. There were steep cliffs rising up on either side and a narrow, moss-covered, boulder-strewn channel running down the middle that the trail traversed. 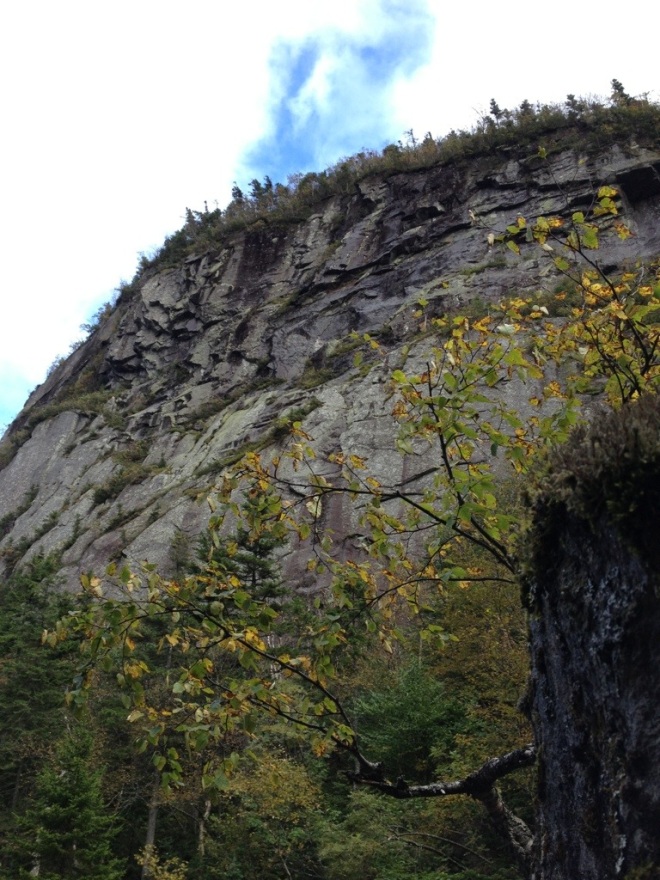 At first you think that maybe it won’t be so bad, that there will be a trail that winds it’s way between the boulders. Soon, however, it becomes clear that the “trail” (if you can really call it that) climbs 20 feet up and over some of the boulders, leavings you to leap across chasms between rocks, while at other times has you crawling under or through jumbles of boulders.

To traverse this section of the trail I had to relearn something that I’d forgotten in my early teens, or perhaps in elementary school… I had to relearn a sense of invincibility. To successfully traverse this section you have to believe in your body’s ability to just make it happen. You can’t hesitate. You have to commit fully to each step, each movement, and believe that your body’s will to survive will trump gravity. In short, it is a very fun section of trail. Perhaps more fun if you’re not carrying a full pack. 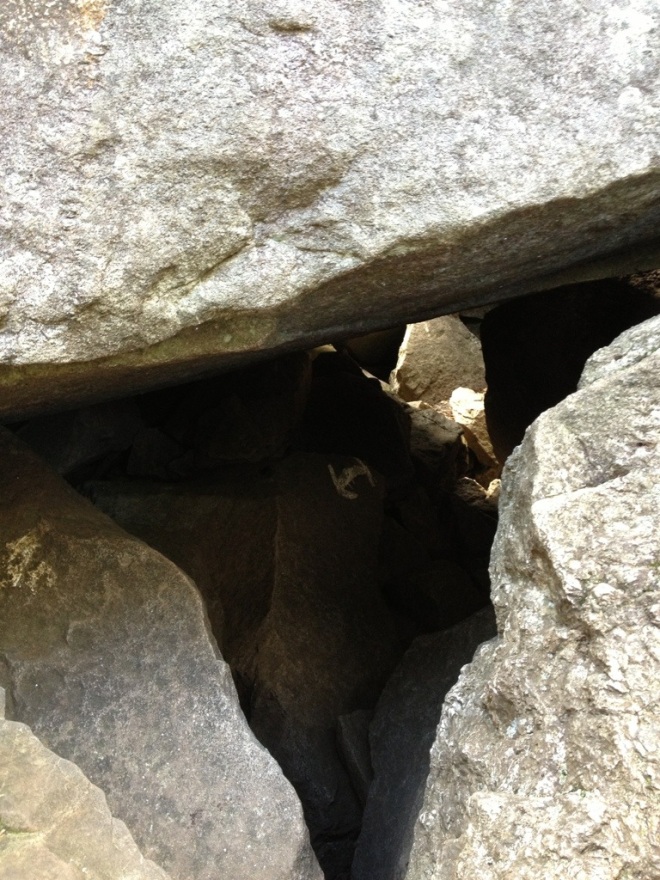 There were definitely a few times when I questioned the sanity of the AT. Looking at the holes they wanted me to crawl through and thinking, “Really AT, this is really a trail? You really expect me to crawl through that?” There was one spot where I had to take my pack off, shove it through the crawl space, crawl through myself, throw my pack out of the hole and then finally pull myself up and out of it. This might have been easier if I’d been able to talk any of the fifteen or so thru-hikers at the shelter before it to join me in my traverse of the notch, but I ended up doing it solo.

I was surprised when I got out of the notch because I expected it to take me two and a half hours to go through, but it only ended up taking me an hour and twenty minutes.

The rocky terrain in the Mahoosucs provides a full body work out, but the views from its peaks are phenomenal and remind me of why, even after 1900 miles, I’m still out here. I’ll never stop loving the mountains.